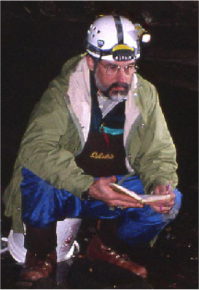 I have a systematic interest and taxonomic expertise with the freshwater species in the Phylum Annelida, the true-segmented worms {aquatic oligochaete worms, earthworms, leeches, crayfish worms, and suction-feeding worms} – collaborating with scientists within my institution as well as with other researchers in Illinois, elsewhere in North America, and in other countries.  My teaching experience includes workshops on the taxonomy, systematics, ecology, and nomenclature of oligochaetes and other annelids.  Since 1978, I have served as the curator and collections manager for the INHS Annelida Collection.

Prior to retirement (from full-time employment) in June 2014, my primary responsibilities were aligned with the Biological Surveys and Assessment Program (BSAP)  at the INHS, which involved working with a team of aquatic biologists, conducting habitat assessments, water quality monitoring, and surveys of the biological resources associated with stream and lake systems throughout the State of Illinois that may be affected by highway projects by the Illinois Department of Transportation (IDOT)—specifically, highway construction along new and existing alignments, bridge construction and rehabilitation, and habitat mitigation.  The results of these surveys, when integrated with previously published information and records in our INHS Collections, allow us to document an historical perspective as well as the current status of native as well as invasive and introduced fauna in aquatic habitats, with particular emphasis on species that are listed or under consideration for listing as endangered or threatened by the State of Illinois and the U.S. Department of the Interior, Fish and Wildlife Service, and other species considered rare or unique to areas under study.

I continue to assist the IDOT program at the INHS (editing project reports and providing identifications of annelids when requested), and also continue as curator and collections manager of the INHS Annelida Collection—now being updated through a collections profiling exercise (health of the collection’s holdings, databasing metadata, and preparing those data for inclusion in a Symbiota / Darwin Archive Portal project here at  INHS).  We are also involved in the rescue and conservation of ethanol-preserved specimens from stoppered vials (compromised by the ‘melting’ of neoprene and other ‘rubber’ materials) – transferring specimens from the compromised vials to screw-cap glass vials.  A picture representative of this issue will be presented here:

Several active projects include preparing an updated key and guide to the freshwater oligochaetes, branchiobdellidans, and limicolous megadriles (earthworms) of North America (a collaboration with Steven V. Fend, Kathryn A. Coates, Stuart R. Gelder, R. Deedee Kathman, John W. Reynolds, and several others).  I am currently collaborating with Reynolds on distributions of megadrile oligochaete (earthworms) in the Huron Mountain area of the upper peninsula of Michigan, a second paper in earthworms of Illinois, and a third supplement on earthworms of North America.  I am also working with others on the distributions of aquatic oligochaetes in several national parks (Great Smoky Mountains, 1999-2005; Grand Canyon, 1991-2006; Yosemite, 2016; and Blue Ridge Parkway, 2005, 2017), throughout Illinois, and in several other states.  Another project that I hope to bring to a close during 2022 is one begun years ago with Dr. Larry Hribar (Director of Research, Florida Keys Mosquito Control District) focusing on the aquatic oligochaetes and other aquatic/semiaquatic macroinvertebrates associated with phytotelmata (natural water filled cavities) and artificial containers in the Florida Keys.  Additional information is available via my homepage.